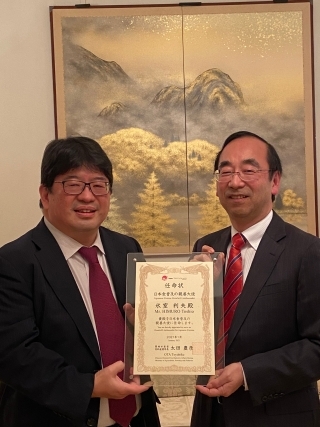 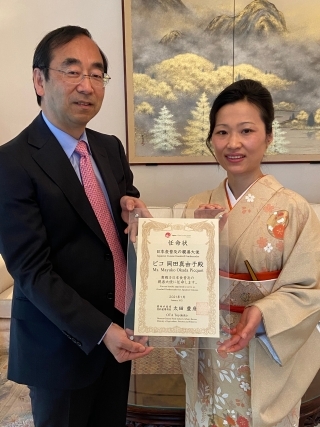 Consulate-General of Japan in Hong Kong

The appointments of Mr. Toshio HIMURO and Ms. Mayuko OKADA PICQUOT as “Japanese Cuisine Goodwill Ambassador” were made on 17 and 24 February, 2021 respectively, and the awards were presented by Mr. Mitsuhiro WADA, Ambassador and Consul-General of Japan.

The “Japanese Cuisine Goodwill Ambassador” is appointed to those who promote Japanese cuisine and Japanese food culture through activities overseas by the Ministry of Agriculture, Forestry and Fisheries of Japan.

In the days ahead, we look forward to their support in various Japanese cuisine/food culture promotional activities as well as spreading such information through various channels.