Mr. CHAN began Karate in 1968 and won the Hong Kong Gojuukai Karate Tournament in 1975. He played a key role in the establishment of “the Hong Kong Amateur Karate Association” (now “the Karatedo Federation of Hong Kong, China Limited”) in 1974. He served as a coach and referee for many years and coached the Hong Kong national team at the 1998 Asian Games in Thailand and 2006 Doha. In addition, he has made great contributions to the promotion and development of Karate in Hong Kong over the years as the Chairman of the Executive Committee from 2003 to 2004 and the President from 2015 to present. He is currently a 7th Dan Master Instructor of Karate-do.

The Foreign Minister’s Commendations are awards for individuals and groups who have made outstanding achievements in international fields, in order to acknowledge their contributions to the promotion of friendship between Japan and other countries and regions.

The Foreign Minister’s Commendation Awarding Ceremony for Mr. CHAN was held at the ambassador's residence in Hong Kong on 5 July 2022.(The awarding ceremony had been postponed for nearly 18 months due to the new coronavirus infection.) 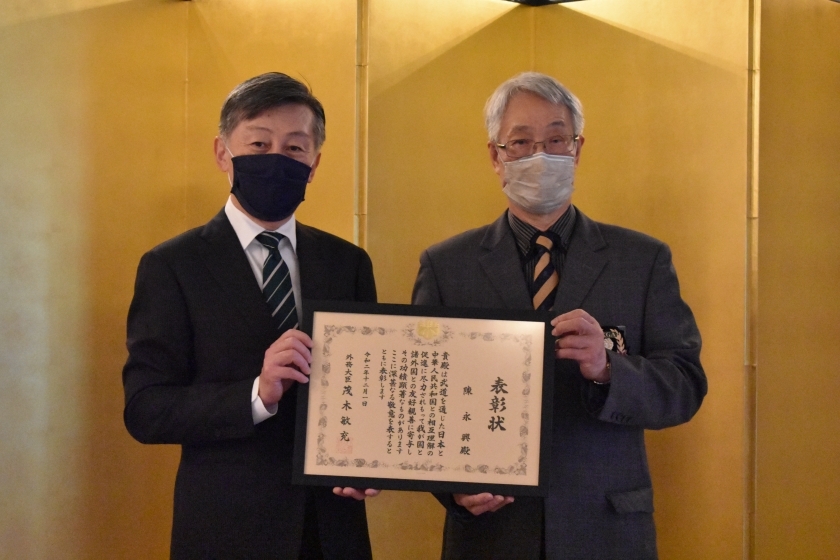