Dr. TAKAHASHI has worked as a Japanese language teacher for many years at the Community College of City University of Hong Kong and the Faculty of Arts and Humanities of UOW College, Hong Kong. During that time, she actively encouraged Hong Kong students to study in Japan and, between 2001 and 2020, she sent 65 students to Japan as Japanese Government (MEXT) Scholarship Students. Dr. TAKAHASHI has also made a significant contribution throughout the years to promote educational exchanges between Japan and Hong Kong. She has been active in reaching agreements and pacts with Japanese universities and local government units in relation to student exchanges and she has also arranged study-abroad programs for Hong Kong students at Japanese educational institutions.

The Foreign Minister’s Commendations are awarded to individuals and groups who have made outstanding achievements in international fields, in order to acknowledge their contribution to the promotion of friendship between Japan and other countries and regions.

The Foreign Minister’s Commendation Award Ceremony for Dr. TAKAHASHI was held at the ambassador's residence in Hong Kong on 22 October 2021. 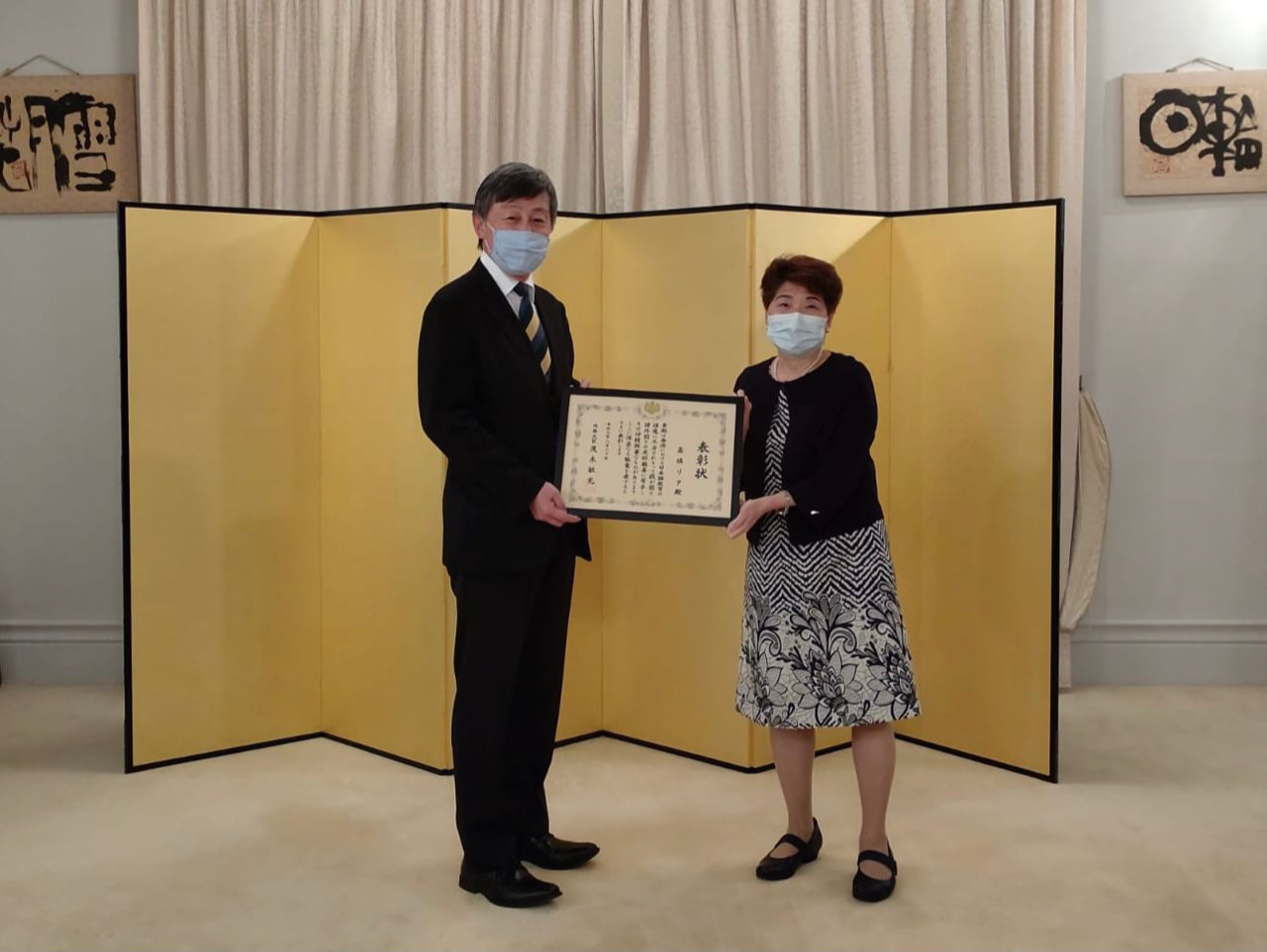