Dr. NAKANO Yoshiko, Director, Department of Japanese Studies, School of Modern Languages and Cultures, Faculty of Arts, The University of Hong Kong, has been awarded the Foreign Minister’s Commendation for FY 2021.(20 August, 2021)

Dr. NAKANO joined the Department of Japanese Studies at the University of Hong Kong (HKU) in 2000. She specialises in intercultural communication and has made significant contributions to the study of globalisation of Japanese products and services. In addition, she has undertaken various efforts to instil Hong Kong intellectuals with a good knowledge of Japan, as well as to promote academic exchanges. She has also supervised and offered advice to the HKU student-led Japanese cultural event "Japan Month", which is held annually, and, in 2013, she started a summer program in collaboration with the University of Tokyo. Moreover, Dr. NAKANO has promoted various programs between HKU students and Japanese companies, as well as the Japanese community in Hong Kong and has sent out many talented graduates to act as a bridge between the two places. She also plays an important role in the Japanese community in Hong Kong and in 2007, she became a director of the Hongkong Japanese Club. In recent years, she has also contributed to the project researching the background of Japanese graves in Hong Kong Cemetery.

The Foreign Minister’s Commendations are awarded for individuals and groups who have made outstanding achievements in international fields, in order to acknowledge their contributions to the promotion of friendship between Japan and other countries and regions.

The Foreign Minister’s Commendation Awarding Ceremony for Dr. NAKANO was held at the ambassador's residence in Hong Kong on 17 November 2021. 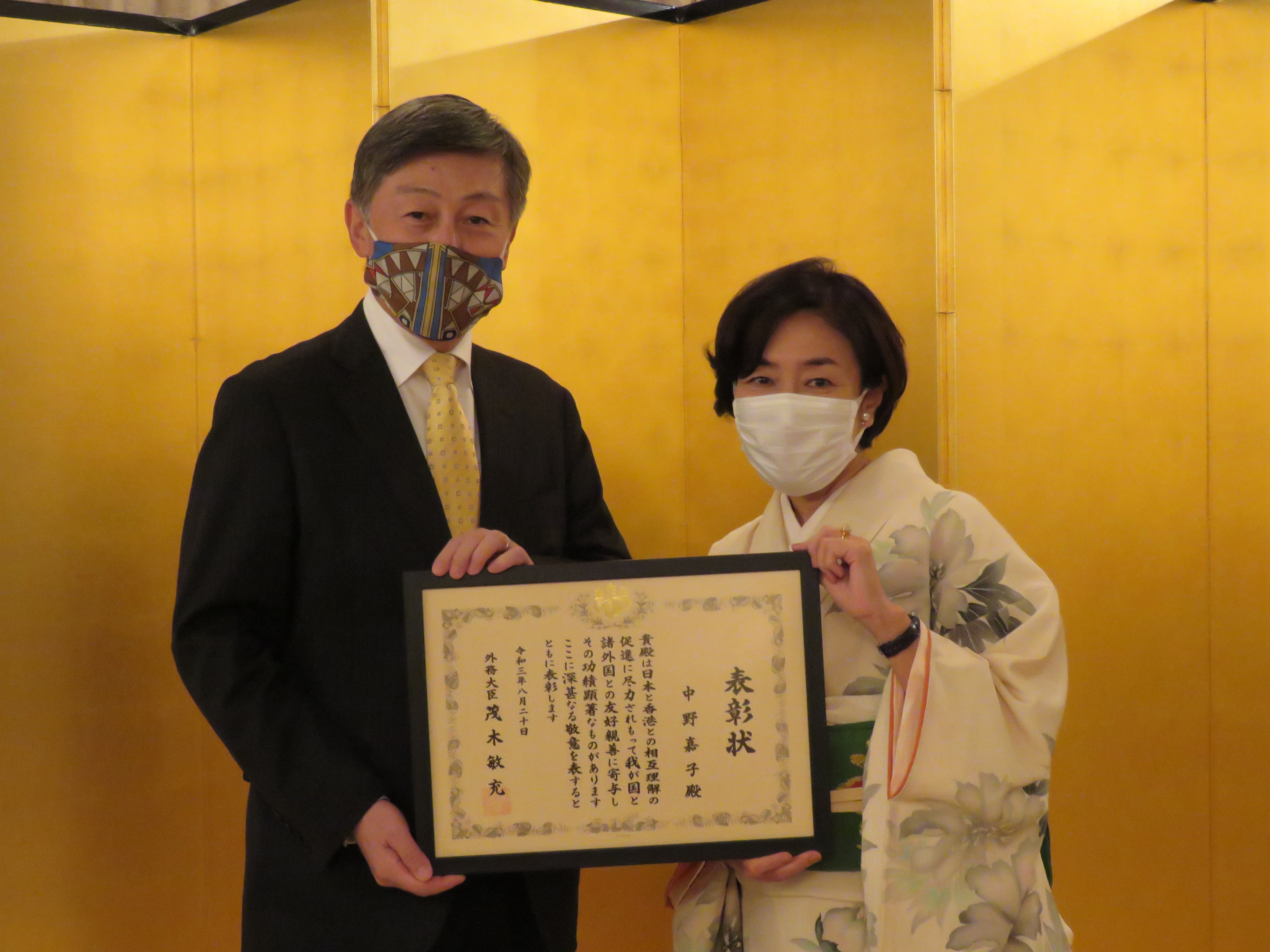